Unique Cards in an Arda Deck?

Unique Cards in an Arda Deck?

I was thinking that, the cards being shared, restrictions are less important in Arda. For instance, strictly speaking you would include only 3 Waybread, but in a regular 5-player game there might be up to 15 Waybread in the game. So for a more forgiving environment you might include 5 or 6 Waybreads in an Arda deck.

The limit of 1 unique card is similarly needless, I think, and actually prevents the possibility of influencing away unique characters and resources from your opponent to your own side. Again, in a 5 player-game there might be up to 5 copies of a unique card in the game. With only 1 copy in the Arda deck you might never see (eg) Bill the Pony from one game to the next, but if you just add in one more copy you (almost) double the chances!

Not being a fan of the idea of too much gratuitous PvP in this game, or the idea that characters and resources 'influenced away' are simply discarded to no purpose, I'll also add a houserule that in order to try to influence an opponent's character or resource: "you must reveal an identical character or resource to make this attempt." This is already the rule for items, and it makes sense to me as a general rule, the rationale being that the duplicate card in the influencers handrepresents some disputed claim or other backstory leading the character/ resource to swap sides.
Top

The biggest problem with more than 3 non-uniques or multiple uniques is that the deck starts getting too big. You'd end up having to cut other cards... but then you lose some of the fun of Arda -- that anything is possible!

One way to get around the 'influence away' problem is to adjust the rules for Arda, such that you simply steal the copy already on the table (rather than it going to discard). However, it's pretty easy to play an influence away game (since there are so many companies and factions all over the map, especially with 5+ players), so you might have to adjust the dice rolls a bit to make it harder.
Top

Thanks for response Kjeld!

Yes, but I don't think I mind about the big deck issue, because this is the only way I'm playing the game and all my cards are dedicated to it. I certainly wouldn't duplicate all of the uniques, though. With the characters, I'm thinking of doubling-up on some of the Dwarves and non-Dunadan Humans (and Boromir, obviously

) because they are the most corruptible of the races, on balance. So with my house rule (you have to have a copy to try it) those would be the only characters likely to stray, and not too often, but it will be a fun narrative when it happens. I notice there are some nice Dream Card 'manifestations of...' characters too, which I will probably use for the duplicates where possible.

And I'll probably only double-up on some of the more iconic, canon, unique resources that I'd like to see a bit more frequently, like Bill the Pony!

I'm using the Goblin King deck as a base, but I do have some flexibility since I've taken out most of the unnamed Worms and Drakes, and all Dragons except Smaug and Scatha, and I've instead added in some overlooked singles for variety (some of which are strong threats to compensate for the loss of so many Dragons, Worms, and Drakes), a few extra standard threats like Orcs and Trolls, and of course the doubling-up of some uniques. Overall there's more variety in the deck, but not that many extra cards.
Top

I think including an extra copy of universally great cards is a good idea. Cards like Glamdring, Wormsbane, etc. Those cards are worth influencing away. But including more copies of cards like Waybread and Bill the Pony are just going to dilute the deck. They need a specific site but are not reason enough to go to a site alone. They work in constructed because you can set that up.

Adding more copies of basic utility cards is also not a bad idea. Risky Blow is always handy, so are Marvels, Twilight, Concealment, etc. But I think it's better to tune the hazards down rather than rely on combat cancelers and bonuses.

Adding in Dream Cards is fun. I like from DF: Attack-lord, Dis, Gimli, Nain, and King's Advisor. And from FB: Celebrian, Legolas, Fanar, and Rumil.
Top

CDavis7M wrote: ↑
Sun Jul 05, 2020 5:03 pm
...including an extra copy of universally great cards is a good idea. Cards like Glamdring, Wormsbane, etc. Those cards are worth influencing away.
...it's better to tune the hazards down rather than rely on combat cancellers and bonuses.

Fair points on both counts. And I'm looking forward to a more serious rummage through the Dream Cards, hoping at least to find a decent Rosie Cotton character card!

Check the "war of the ring" DC set. Another neat card is "backpack." Goes well with this one.

And here's the perfect playing piece 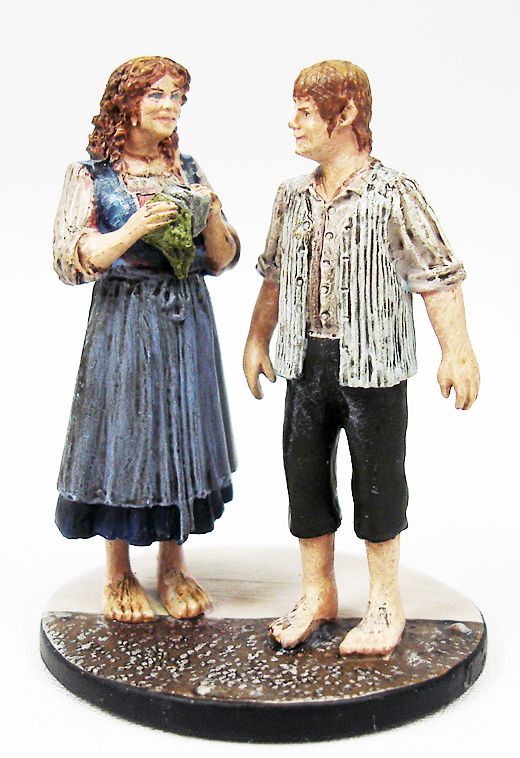 Correct me if I'm wrong, but unique cards are unique for all players, not just the owner, right? In other words, if five people are playing a game together and each of them has Bilbo, only the first one to play him gets him, and he becomes a dead card for the rest. It's not like there can be five Bilbos in play at a time.

And if that is true, aren't you just adding a bunch of essentially unplayable cards if you start including multiple uniques?
Middle Earth and other CCG unboxings, booster openings, and guides: https://www.youtube.com/c/TheCCGCollector
Top

So, if your opponent has played Bilbo and you also have him in your hand, you can a). discard him as useless to you, or b). go in search of his company and try to influence him away from your opponent and into play on your side, as per p.37 of the little Wizards rulebook, or p.36 of the Wizard's Companion. You can only put him into play on your side if you have your own copy in hand when the influencing away is done.
Top
Post Reply
9 posts • Page 1 of 1