I'm currently working on a solo scenario based on the White Mithril rules here: https://lureofmiddleearth.com/wp-conten ... ril_en.pdf

My outline for the scenario calls for a 30-card resource deck and a hazard deck at least as big (more hazards are probably better for greater variety). The scenario uses a five-card hero hand, with hazards being drawn one by one and resolved or discarded until either the hazard limit is reached or a number of hazard cards are drawn equal to twice the number on the destination site plus two (so for a site showing three cards drawn, the actual number would be eight). It follows the theme and rules in the above document, with the following alterations:
Everything else follows the White Mithril rules (though obviously there's no influencing of items away, etc.) Obviously there's substantial freedom in deck construction, as there's no way to make a 30-card resource deck that can achieve all twelve of the possible quests.

The scenario is still a work in progress, but I've played three or four games, winning the last one: 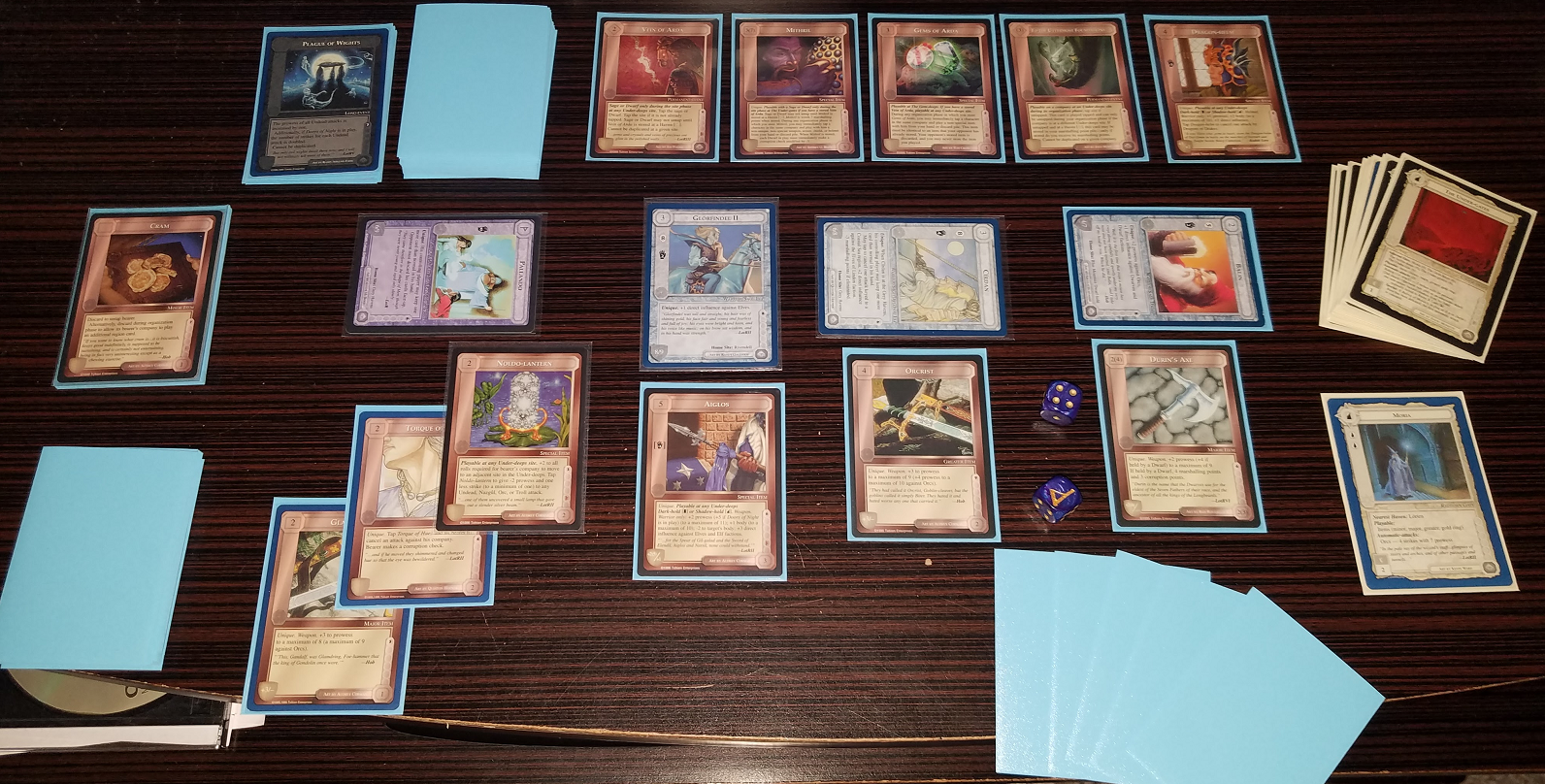 I have a couple of observations that will drive how I modify my deck and the rules going forward: So, with all that as background, does anyone have any thoughts or advice? For quests, I didn't bother with rebuilding Moria, retrieving a prisoner from Dol Guldur, or finding a ring, so maybe that's why it seemed like such a trek to go after the other quests (those three are all immediately adjacent to The Under-gates). I'll also try to expand the hazard deck to 40-45 cards to introduce a little more variety.

But the big thing that needs an overhaul is probably the victory conditions. I want to try a game or two according to the original White Mithril rules: 25 total MP, with at least half of those coming from UdMP (rather than 25UdMP, ignoring normal MP). Of course, the concern then is that not only will I be nowhere near to exhausting my deck, but I'd also only need a good run in one direction to collect everything I need for victory, which doesn't feel quite right.

Anyway, I'm rambling now, so I'll wrap it up. Thanks for reading, and definitely let me know any thoughts you've got.
Last edited by CCG Collector on Sun Mar 14, 2021 3:36 am, edited 4 times in total.
Middle Earth and other CCG unboxings, booster openings, and guides: https://www.youtube.com/c/TheCCGCollector
Top

What a neat scenario. I haven't tried it before but thanks for sharing. You have a pretty good copmany setup there. But I think you've made the scenario difficult by requiring all 25MP to be UdMP rather then just 50%. At least the normal creatures being defeated can help.
Top
Post Reply
2 posts • Page 1 of 1